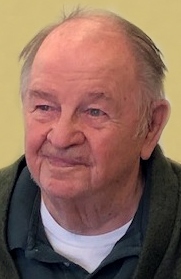 Arthur A. Goto, age 100, of Wallingford, passed away on June 29, 2021. Born in New Haven on December 9, 1920, he was the son of the late Anthony & Anna (Takrczyk) Goto. Arthur was predeceased by his wife Florence Blomkvist Goto; his son Arthur A. “Chip” Goto; his granddaughter Kristina Needham; and his sister Genevieve Camera. He is survived by his daughter Anne Needham & her husband Harry of Hamden; his son Paul Goto & his wife Anne of Hamden; his daughter-in-law Rachelle H. Goto of East Haven; his grandchildren Sara, Adam (Meaghan), Greg & Max Goto and Jake & Darcy Needham; and 2 great-grandchildren Teigan & Brayden Gorman-Goto. Arthur was a WWII U.S. Navy Veteran and retired from Avco Lycoming, where he worked as a Quality Control Engineer. He was a family man, and was so proud of his children and grandchildren. He loved working with his hands, tinkering in his workshop to fix things. He built the house that his family grew up in, and his son still lives in today. He liked to cook and was known for his great Swedish meatballs, pickled herring, Mariners Stew, crepes and banana bread. He owned a cottage at Sunrise Cove in Branford and spent many summers there, grilling hotdogs and teaching his grandchildren to swim. He was most known for his kind nature and good disposition.
Arthur’s Funeral Service was held privately with his family. Arrangements were in care of BEECHER & BENNETT FUNERAL HOME. Memorial donations for Arthur may be made to Honor Flight Connecticut at https://honorflightct.org/donations. 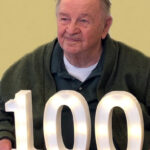