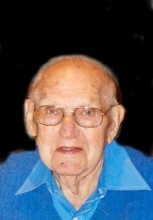 EDWARD C.KUHN Meriden- Edward C. Kuhn, 92, husband of the late Emma Romaine Kuhn, passed away Dec. 25, 2008 after a brief illness. He was born in Meriden Aug. 24, 1916, a son of the late Conrad and Mary Zarnetski Kuhn and resided in Meriden all of his life. He owned the Silver City Polishers for over 55 years until his retirement in 2006. Mr. Kuhn was a member of St. John Lutheran Church. He was an avid fisherman and skilled builder of custom fishing rods. In 1951 he, along with the late Howie Thomas and Warren Froebel, founded the Central CT Striper Club, which is still in existence today. He is survived by his son Edward 'Butch' Kuhn, and his wife Karen D. Kuhn of Middletown, formerly of Meriden, a brother George H. Kuhn of Meriden, a sister-in-law Ida Iudiciani, of Johnston, RI, a brother-in-law Edmund A. Jabs of New Britian, and 9 nieces and nephews. In addition to his wife, he was predeceased by a sister Eve Kuhn Jabs and a brother Conrad T. Kuhn. Funeral service will be Monday, Dec. 29 at 11 am in the BEECHER & BENNETT-FLATOW FUNERAL HOME, 48 Cook Ave., Meriden. Friends may call Sunday from 3-7pm. Interment will be in Gethsemane Cemetery, Meriden. Contributions in Edward's memory may be made to CT VNA and Hospice, 33 North Plains Industrial Rd., Wallingford, CT 06492.