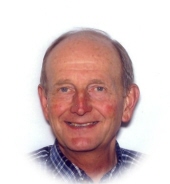 Wallingford - Stephen Joseph Stabach, 66, beloved husband of 41 years of Charlotte (Weitzel) Stabach passed away unexpectedly on Tuesday, September 30, 2008. He was born December 12, 1941 in Meriden a son of the late Joseph and Jean (Kaczor) Stabach. Stephen earned his bachelor's and master's degrees in Electrical Engineering from the University of Connecticut and worked for SNET for 30 years. He was a member of St. Paul Episcopal Church in Wallingford. While his children were young he was very active in the Wallingford Youth Soccer League. Stephen was a great husband, father, grandfather, brother and friend who will be deeply missed. In addition to his wife Charlotte, he will be greatly missed by his children, Stephen and his wife Nicole Stabach of Colchester, Susan and her husband Gregory Vilardo of Colchester and Gregory Stabach of Medford, Oregon, a sister, Sandra Lucas of Marlboro, MA and five grandchildren whom he was extremely proud of, Gregory Vilardo Jr., Sarah, Michael and Matthew Vilardo and Stephen A. Stabach. A funeral mass will be celebrated on Saturday, October 4 at 9:00am at St. Paul Episcopal Church, 65 North Main St., Wallingford. Burial will follow at Walnut Grove Cemetery, Meriden. Relatives and friends may call at the Beecher & Bennett-Flatow Funeral Home, 48 Cook Ave., Meriden on Friday, October 3 from 5-7pm. In lieu of flowers, donations in Stephen's memory may be made to the American Heart Association, 5 Brookside Drive, Wallingford, CT 06492.