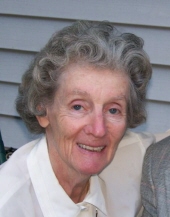 Ursula 'Ulla' Schultheiss, 80, beloved wife of Peter Schultheiss, passed away at Whitney Center on June 13, 2009. She was born in Munich, Germany on April 29, 1929 to the late Willy and Kate Grunhut Heimann and escaped to Holland and then Sweden during the Second World War. She worked as a pediatric nurse at the Karolinska Hospital in Stockholm for eight years. In 1958, while participating in an international nursing program at Boston Children's Hospital, she was reintroduced to Peter, a family friend from Germany. They married the next year and moved to Hamden, CT. After raising four children, she returned to work as a nurse at the Whitney Center Health Center, where she was loved and respected by staff and patients alike. She enjoyed summers in Vermont, opera, and most of all her seven grandchildren. She and Peter had just celebrated their golden wedding anniversary when she fell ill. She will be remembered by all who knew her for her generosity, selflessness, and loving nature. Besides her husband, Ulla is survived by her children, Katrin Schultheiss and her husband Eric Arnesen of Chicago, IL, Susan Schultheiss and her husband Robert Gribbon of Hamden, Thomas Schultheiss of Israel, and Andrew Schultheiss and his wife Katherine Schwartz of Boulder, CO. She was predeceased by her brother Peter Heimann. A Memorial Service will be held at Whitney Center, 200 Leeder Hill Dr., Hamden on Saturday, August 8 at 3 p.m. BEECHER & BENNETT, 2300 Whitney Ave., Hamden is in care of arrangements.