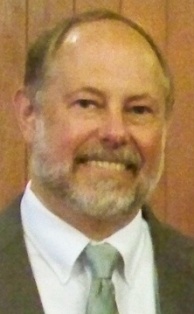 A. Carl Sharon, age 66, of Hamden, passed away on June 29, 2021. Born in Brockton, MA on November 27, 1954, a son of the late Alfred Carl Sharon and Charlotte Maule Sharon, he is survived by Christi Reed Sharon, their son Micah Christopher Sharon both of Hamden, and brother Jonathon M. Sharon of MA. He was predeceased by his brother Douglas W. Sharon. Carl attended the Massachusetts Institute of Technology where he earned a Bachelors and Masters degrees in chemical engineering. During college Carl belonged to Sigma Phi Epsilon, enjoyed ballroom dancing, and was active in Lutheran Student Movement. After working as an engineer at Dynatech Corp., he pursued ordained ministry and studied at The Lutheran School of Theology in Chicago (LSTC) and earned his Masters of Divinity. Carl served as interim pastor at First Lutheran Church, Rockville, CT. He then went on to serve as the Lutheran campus pastor at Yale University where he served for 24 years. After campus ministry, Carl served as an interim pastor for local Lutheran churches. Carl at his best touched many lives. As a campus pastor, he engaged Yale students with ministry projects in New Haven. He gathered Yale students to cook and serve meals at Columbus House. Carl also worked with Resurrection Lutheran Church to pair their youth with Yale students for weekly tutoring. His love of campus ministry began when he himself was a student at MIT; it was a supportive and loving family for him when he lost his father while in college. As a campus pastor, Carl loved leading weekly Taizé services and participating in Faith and Science symposia. As an interim and supply pastor, Carl was known for his memorable sermons; he saw and sought the grace of God in everyday events and human encounters and was able to put it into words. He had a lovely tenor singing voice and harmonized hymns beautifully. He loved talking to people after services at coffee hour. He had a distinctive and hearty laugh. Carl was a people person and a wounded healer. He earned a Drug and Alcohol Recovery Counseling degree from Gateway Community College. Carl’s greatest moments in life were as Micah’s father. They shared a love of playing basketball, fishing and nature; they are forever Celtics and Red Sox fans.

A service of remembrance will be arranged at a later date. Family requests that memorial gifts be made to Farnam Neighborhood House, 162 Filmore St., New Haven, CT 06513. Attention: Andrew Myers. Contributions can be made online as well at www.cliffordbeers.org/give. There is a place on the form to designate the gift by writing “Farnam Programming in honor of Carl Sharon.” 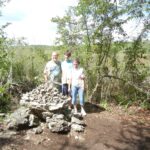 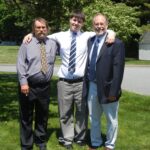 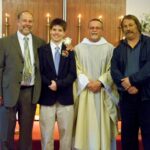