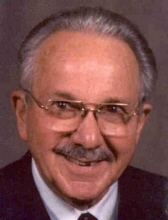 A. Dwight Culler, for many years a Professor of English at Yale, died in Hamden, Friday, January 27, 2006. Professor Culler was a specialist in Victorian literature, which he treated in a broadly humanistic fashion, mingling the concerns of cultural history with those of the New Criticism. His major works dealt with the educational thought of John Henry Newman, the poetry of Matthew Arnold and Tennyson, and what he called "The Victorian Mirror of History", the habit, that is, of the Victorians to perceive analogies between their own age and various periods in the past and to interpret their age in terms of those analogies. Professor Culler was born in McPherson, Kansas, in 1917, grew up in northern Ohio, went to Oberlin College for his B.A. and to Yale for his Ph.D. He registered as a conscientious objector during the war and spent three and a half years in Civilian Public Service. Professor Culler married Helen Lucile Simpson, also a graduate student at Yale and later a Professor of English at Southern Connecticut State University, in September 1941. They had two children, Jonathan Culler, a professor at Cornell, and Elizabeth Culler, a research scientist in the Yale Child Study Center. In addition to his wife of 65 years and his children, Professor Culler is survived by three grandchildren; Leah Morrison, Kai Morrison, and William Culler-Chase. He is listed in Who's Who in America and is a member of the American Academy of Arts and Sciences. A Memorial Service will be held on Saturday, February 11, 2006 at 4:30 p.m at Whitney Center, in the 6th floor Common Room, 200 Leeder Hill Dr., Hamden, CT. Arrangments in care of BEECHER & BENNETT 2300 Whitney Ave. Hamden.