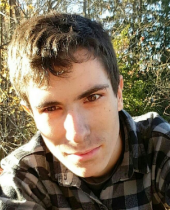 Enfield- Aaron Edward Zehren, 18, passed away unexpectedly on Tuesday, January 17, 2017. He was born in Meriden on January 28, 1998 to Tammy Lamothe of Enfield and Edward (Ellen) Zehren of Middlefield. Aaron graduated from Enfield High School in 2016, loved hiking at Hubbard Park, fishing, playing video games and watching his favorite TV shows, The Walking Dead and Supernatural. In addition to his parents Aaron leaves a brother, Matthew Bernardini of Meriden, his grandparents, Helen Lamothe of Southington, and Geraldine & Francis Zehren of Middlefield, two aunts, April (James) Oliveras of Berlin and Holly Lamothe of Florida, an uncle, Dwain Lawrence of Middlefield, and a cousin, Carlene (Patrick) Macdonald and their children Rylie and Rory. He also leaves his close friends, Chris Pappastopulos and Matt Kramer, and Richard Higgins Jr. and Michael Wojtkowiak, who both were great influences in Aaron's life, along with many other close family and friends. Aaron's funeral service will be held on Sunday, January 22, 2017 at 1pm at Beecher & Bennett-Flatow Funeral Home, 48 Cook Ave., Meriden. Burial will be private. Relatives and friends may call at the funeral home on Sunday from 10am-1pm, prior to the service.