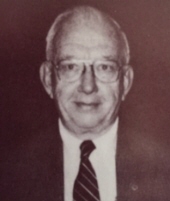 Alan C. Bennett, 91, passed away peacefully at Regency House in Wallingford on June 30, 2016, surrounded by his loving family. Born in Cheshire on July 10, 1924 to the late Melville and Helen Munro Bennett; he was a graduate of Hillhouse High School and Northeastern University and a longtime resident of North Haven. A proud veteran, Al served with honor in WWII's Pacific Theater, receiving two Purple Hearts, two Bronze Stars, a Silver Star, and numerous Campaign Medals. He spent his entire professional career at C. Cowles and Company in New Haven, retiring in 1989 as Company President, a position he had held for the previous nineteen years. He was very active and well-known in the business community, serving on several Boards; among them: Evergreen Cemetery, the Hospital of Saint Raphael, and New Haven Savings Bank, during his business life. He was also a past president of the Manufacturers Association. A firm believer in giving back to the community, he was a fifty-nine year member and a past president of the New Haven Lions Club and was honored by the club in 2012 with a 'Life Membership.' Most of all, Al was all about family. For fully fifty years, Bear Spring Camps in Rome, Maine was the family's home away from home for two weeks each August, while Thanksgiving at the Bennetts was a true family holiday. Al leaves behind his wife of sixty-eight years, Jean, five children (Jim and Joan Bennett, Alan and Roxanne Bennett, Jan and Chris Cowles, Peter and Carmel Bennett, and Rick Bennett), thirteen grandchildren, and thirteen great-grandchildren. He was predeceased by a sister, Jean. The family invites friends to attend a Memorial Service for Al on Saturday, July 9, 2016, 10:30 a.m., at St. John's Episcopal Church, 3 Trumbull Place, in North Haven. A reception will follow the service. In lieu of flowers, donations in his memory may be made either to St. John's Episcopal Church or to the 'Lions Club of New Haven Charitable Trust,' P.O. Box 8012, New Haven, CT 06530.