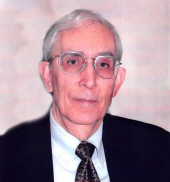 Alan C. Sartorelli, 83, of Woodbridge, husband of the late Alice Anderson Sartorelli, died peacefully at home April 30, 2015. He was born in Chelsea, MA on December 18, 1931, a son of the late Irma Sartorelli. He graduated from New England College of Pharmacy at Northeastern University in 1953, received a Masters Degree in Chemistry from Middlebury College in 1955, and his PhD. in Biochemical Oncology from the University of Wisconsin in 1958. He was awarded an honorary Masters Degree from Yale University in 1967. He was on the staff at Yale University Medical School for over 50 years in the Department of Pharmacology. He was appointed Professor of Pharmacology at Yale in 1967 and in 1987 he was named Alfred Gilman Professor of Pharmacology. His career highlights include receiving the Yale Comprehensive Cancer Center Lifetime Achievement Award in 2011, the Otto Krayer Award in Pharmacology in 2002, the Experimental Therapeutics Award from the American Society of Pharmacology and Experimental Therapeutics, also in 2002, the Bruce F. Cain Memorial Award in 2001, and the Mike Hogg Award from the UTMD Anderson Cancer Center in 1989; serving as the President of the Association of American Cancer Institutes in 1987, the same year he was elected as a member of the Institute of Medicine, serving as President of the American Associate for Cancer Research in 1986, Director of the Yale Comprehensive Cancer Center from 1984-1993, being on the Board of Directors of the American Association for Cancer Research from 1975-1978 and again 1984-1987, and acting as Chairman of the Department of Pharmacology at the Yale School of Medicine from 1977-1984. Dr. Sartorelli was instrumental in implementing one of the earliest mobile mammography van programs in the country when he was Director of the Yale Comprehensive Cancer Center. He was the author and co-author of over 700 papers published in various scientific journals, and was the founding editor of Pharmacology and Therapeutics. He was a co-inventor on 16 U.S. Patents for anti-cancer therapy. Two compounds invented in his laboratory have entered into advanced clinical trials. He continued with his research in his laboratory until as recently as February 2015. He was Chairman of the Opera Committee for the Shubert Performing Arts Center from 1993-2001. Alan enjoyed listening to opera and classical music, and playing his guitars. He is survived by his daughters, Linda Richey of Stamford, Suzanne Richey of North Haven, and Sandra Sartorelli of New Haven, sister, Sheila Rogers of Wells, ME, six grandchildren; Jessica (Jon) Root, Joseph (Lisa) Pagano, Erica (Rob) Garipian, Kimberly (Michael) Twigg, Christina Arcangelo, and Michael Arcangelo, and eight great-grandchildren. Friends and colleagues may visit with his family on Sunday, May 3 from 4-7 PM at BEECHER & BENNETT, 2300 Whitney Ave., Hamden and are invited to attend his funeral on Monday morning, May 4, at 11 AM in the Chapel of St. Thomas More, 282 Park St., New Haven. Entombment in Beaverdale Memorial Park. Memorial contributions may be made to Closer to Free at the Smilow Cancer Hospital and the Yale Cancer Center at www.giveclosertofree.org.