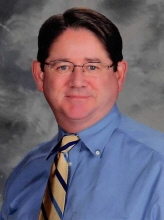 Alden Barker Hall Jr. age 58, of Hamden, passed away on Friday, June 12, 2015 at St. Raphael's Hospital in New Haven. He was surrounded by his girls, wife Pamela Malley Hall and daughters Patricia Michelle Hall, of Hamden and Allison Brooke Hall of Boston. He was born in New York City, New York on June 26, 1956 a son of the late Alden B. Hall, MD & Audrey Schramm Hall and grew up in Freedon Township, New Jersey. He attended The Governor's School and graduated Blair Academy in 1974. Alden obtained his Bachelor's Degree at Washington University in St. Louis, where he met the love of his life, Pamela. He then earned his JD from Quinnipiac University School of Law. His was a life far too short, but one that touched so many in ways that will live on in them and through them. During his 25 years as an educator, currently at St. Bernadette's School, he was named to Who's Who Among American High School Teachers multiple times and many of his students refer to him as the best teacher they have ever had. He is also survived by his sister, Jeanne Hall Fey, of Fort Lauderdale, Florida; his brother, Benjamin Lang Hall. of Blairstown, New Jersey; his uncle Charles Tad Hall of Orange City, Florida; nieces Laura Phillips Ward, Wendy Phillips Fisher and Kimberly Wedderburn and his nephew Sean W. Phillips. Friends may visit with his family at Beecher & Bennett Funeral Home, 2300 Whitney Ave, Hamden on Wednesday, June 17th from 4:00 to 8:00 PM and may attend his Funeral Service on Thursday at 10:00 AM in Christ Lutheran Church, 600 Shepard Ave. Hamden. Burial will follow in Whitneyville Cemetery. Contributions in his memory may be made to St. Bernadette's School, 20 Burr St, East Haven, CT 06512 or to Christ Lutheran Church, 600 Shepard Ave, Hamden, CT 06514.