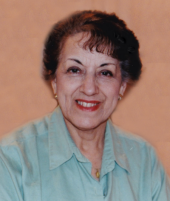 Alesandra Aguilera Guardo (Sandra), 78, of North Haven, passed away peacefully after a short battle with cancer on Saturday morning, June 6, 2015, in her home with her three surviving children by her side. Sandra grew up in Guanajuato, Mexico and emigrated to the United States. She raised four children, Pamela Guardo Hall of Denver, Joseph Guardo of New York City, Gian Guardo of North Haven and Adrian Guardo (deceased). She is survived by a sister and two brothers in Mexico City, two sisters in the United States and one in Puerto Rico. In addition she has two grandchildren, Victoria and Gwendolyn Hall of Denver. Sandra worked for 28 years at Yale University as administrator of the Department of Spanish and Portuguese, assisting countless students, professors and other staff members over the years, with endless patience and kindness. She enjoyed cooking, classical music, art, gardening, languages, watching sports and especially traveling with her children and other family members. A mass will be held on Monday, June 15th at 10am at St. Mary's Church in New Haven. Friends and family may call from 8-9:15 am prior to the mass at the Beecher & Bennett Funeral Home, 2300 Whitney Avenue, Hamden. In lieu of flowers, the family asks that donations be made to a cancer charity of one's choice.