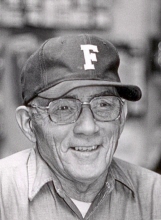 Mr. Alfred 'Al' Morra, age 80, of Northside Road, North Haven, passed away at his residence on November 23, 2009. Al was the husband for 57 years of Phyllis Daniels Morra. Born in New Haven on March 8, 1929 he was a son of the late Anthony & Philomena Ardito Morra & step-son of the late Jessie Ruocco Morra. Al retired after 30 years from Pratt & Whitney Aircraft where he was a tool & die maker. He then worked another 11 great years as a maintenance man for the Foote School in New Haven. Al was a US Army Veteran. Besides his wife he is survived by a brother, Charles V. Morra of Burke, VA; nieces, Patricia Aceto, Michele Morra, Megan Huffman & Mikelle Morra; nephews Michael, Anthony & Dominick Morra & William & John Daniels and several grand nieces & nephews. He was also predeceased by his brother John Morra. A Memorial Service will be held at a later date. Contributions in Al's memory may be made to The Salvation Army- 450 George St., New Haven, CT 06511 or to the American Lung Association of CT- P.O. Box 7000 Albert Lea, MN 56007. Arrangements are in care of BEECHER & BENNETT FUNERAL HOME, 2300 Whitney Ave. Hamden.