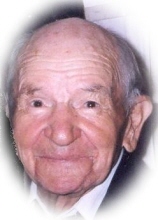 At his home, June 20, 2006, Alfred D. Fappiano, 86, of 25 Highview Ave., West Haven, husband of the late Theresa Koczynski, father of Barbara Fappiano Sacco and her husband, Louis, Anthony A. Fappiano and his wife, Sandra Burrows Fappiano all of West Haven, brother of Lillian Horwitz of West Haven, Gloria Cappola of Wallingford, Rose Camarro of Hamden, Vincent and Lucio both of West Haven and Louis of North Port, FL, grandfather of Anthony Fappiano, Jr. and his wife, Zoe, Tina Fappiano, Louis A. and Kari L. Sacco and great-grandfather of Talia Fappiano. He was predeceased by his sister, Margaret D'Onofrio and brothers, Pasquale, Lawrence and Paul Fappiano. Alfred was born in New Haven, Oct. 2, 1919, a son of the late Antonio and Antoinette Botte Fappiano. He served in the US Army during WW II from 1939-45 as a Staff Sergeant in the Military Police. He had worked as a construction worker for many years for various construction companies. Funeral from BEECHER & BENNETT TAYLOR FUNERAL HOME, 410 CAMPBELL AVE., WEST HAVEN, Friday, June 23 at 10:30 a.m. A Mass of Christian Burial will be Celebrated in St. Lawrence Church, West Haven at 11 a.m. Friends may call Thurs. from 5 - 8 p.m. Entombment in St. Lawrence Mausoleum.