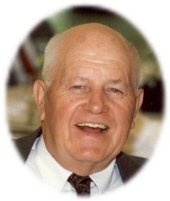 Cheshire- Alfred L. Ehrenfels, 77, loving husband of 52 years of Barbara Crook Ehrenfels of Boulder Rd. passed away peacefully at home August 29, 2006. He was born in Hamden, Jan. 3, 1929 a son of the late August and Anna Rehlmeyer Ehrenfels and resided in Cheshire since 1958. Mr. Ehrenfels was a sergeant in the U.S. ARMY signal corps during WWII stationed in Japan. After his return home, he received a B.S. degree in electrical engineering from The University of New Haven. Mr. Ehrenfels was a senior design engineer at the Harvey Hubbel Co. of Bridgeport for 20 years, where he received many patents for electrical devices prior to his retirement in 1994. He was the inventor of several proprietary electrical systems including the overhead connecting system used worldwide by the McDonald's Corp. Al had a lifelong interest in radio control model airplanes and was a member and officer of the "East Coast Swamp Fliers", and several other model flying clubs. In addition to his wife, he is survived by four sons, Eric W. Ehrenfels, Kurt A. Ehrenfels, Karl H. and his wife, Sophally Ehrenfels, Christian W. and his wife, Barbara Ehrenfels, 2 sisters, Margaret DeGall, Martha Dumond, 3 grandchildren, Richard Vaughn, Bruno Ehrenfels, Leo Ehrenfels, and his loving health care aide Daniel Adomake. He was predeceased by a brother, Eric Ehrenfels. Mr. Ehrenfels is also survived by many relatives in Germany with whom he had many contacts and visits in recent years. A Memorial Service will be held Friday, Sept. 1, 2006 at 11 a.m. at BEECHER & BENNETT, 2300 WHITNEY AVE., HAMDEN. Friends may greet the family from 10 - 11 a.m. Interment in Centerville Cemetery will be private. Memorial contributions may be sent to the CT VNA Hospice and Palliative Care of CT, 33 North Plains Industrial Rd., Wallingford, CT 06492.