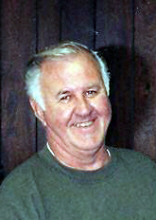 Meriden- Alfred M. Rousseau, 76, of Meriden passed away on Tuesday, January 29, 2013 at Hartford Hospital after an illness of several months. Al was a lifelong Meriden resident being born on May 5, 1936 a son of the late Maxime and Elizabeth (Callahan) Rousseau. After graduating from Wilcox Techical High School in 1954 he opened his own garage and has been in business every since. Al belonged to the Lancraft Fife and Drum Corp. as a drummer, he loved to fly his plane and was Vice Chairman of Meriden Aviation Committee at Meriden Markham Airport , he was also an Auxillary State Trooper. Al was a very generous person who always helped people out, never asking for anything in return. He is survived by four children and their spouses, Jerilyn and David Giannette, Fred and LeeAnn Rousseau, Gary and Sue Rousseau and Mark and Dawn Rousseau all of Meriden, his longtime companion, June Kupfer, and three adored grandchildren, Troy, Rachael and Gary Jr.. He also leaves a sister, Jeanine Scarano and her husband George of Durham, two nieces, Lynne Witowski and Karen Bell, a nephew, James Scarano and lifelong friend, Charlie Borysewicz. Funeral services will be held on Saturday, February 2, 2013 at 9:30 at the Beecher & Bennett-Flatow Funeral Home, 48 Cook Ave., Meriden followed by a Mass of Christian burial at 11am at St.Laurent Church, 121 Camp St. Meriden. Burial will be at the convenience of the family. Relatives and friends may call at the funeral home on Friday, February 1 from 4-8pm. In lieu of flowers donations in Al's memory may be made to the American Diabetes Association, P.O.Box 11454, Alexandria, VA 22312.