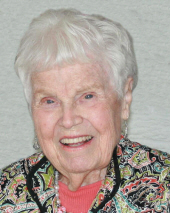 Alice M. (Finn) Scanlon, 90, resident of Westerly, RI formerly of Norwalk CT., died peacefully at CT Hospice in Branford, CT on Tuesday May 31, 2016. She will be dearly missed by her family. She is survived by her son Dr. Kevin Scanlon, wife Alysa and daughters, Kara (Alex), Lauren and Maeve; her daughter Mary Norton, husband Charles, and children Chaz (Jen) and Allison; her daughter Kathy Knight, husband Larry and children Bryan and Kate (Tim) and great grandchildren, Everett and Julian; her son Patrick, wife Sharon and daughter Kate; and her daughter Alycia, husband Tim and their sons, Liam and Conor. Alice was the wife of the late Joseph D. Scanlon and daughter to the late Thomas and Catherine Finn, formerly of Brooklyn NY. Alice was part of the 'Greatest Generation'. She married Joseph Scanlon on October 16, 1944. At the end of the War, Alice and Joseph settled in East Meadow, NY and moved to Norwalk CT in the late 50's until the 90's where they found their beach house in Westerly. Alice was employed by Perkin Elmer of Norwalk, and later became office manager to Dr. Eppilito of Norwalk, CT. Alice retired from her position as medical assistant at Norwalk Hospital. Alice's greatest joys of her life were her children, grandchildren and great grandchildren. She was beloved by all who knew her. She had a full life that included many enduring friendships. Her beach house was home to family and friends. Her love of the beach created memories that will last forever. She was an active member of her community and St. Clare Church, and always willing to comfort those in need. Visiting hours will be held at Gaffney-Dolan Funeral Home, 59 Spruce St., Westerly, RI on Saturday, June 4, from 9am-10:30am immediately followed by a Mass of Christian Burial to be celebrated at 11am at St. Clare Church, Crandall Avenue, Westerly. Interment will take place at River Bend Cemetery, Westerly. For online condolences please visit www.gaffneydolanfuneralhome.com