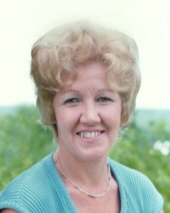 Alice Martell Affinito LaRock, 79, of Wilmington, DE. formerly of Boca Raton, FL. and Branford, passed away peacefully on Friday November 11, 2011. Alice was born on May 12, 1932 in Burlington, VT, the last born daughter of Arthur and Albina Quintin Martell. She was one of 12 siblings raised on a dairy farm in Bolton, VT. After marrying Angelo Affinito, Jr. in 1954, she began her family in New Haven. At this time Laurette and Angelo Affinito were born. After a divorce from Angelo, Alice moved to Branford where she met and married James LaRock in 1964. Her third child, William LaRock, was born a few years later. Although Alice felt that God's greatest gifts to her were her children, she also said that two of the happiest days of her life came when her grandchildren Michelle and Michael Affinito were born to her son Angelo. Two important family members who shared no blood, but were deeply loved by Alice, were Farridah and Manijeh Shafiee. They lived with her in Connecticut and in Florida while they received their education and built their lives in the United States and they have remained ever close. Alice worked as a waitress at the Forbes Diner in New Haven for over 30 years. She had always dreamed of becoming a nurse and was especially proud of both Laurette and Bill when they chose nursing for their profession. She was also very proud of her son Angelo who was born deaf and who overcame many obstacles in life in order to succeed. With the help of St. Jude, patron saint of lost causes, Alice worked very hard during her life to overcome adversity and she surrounded herself with those she loved. Friends may visit with her family at BEECHER & BENNETT, 2300 Whitney Avenue, Hamden on Saturday, November 19th, starting at 11AM followed by a Memorial Service at Noon. Contributions in Alice's memory may be made to Forgotten Felines Inc, PO Box 734, Clinton, CT 06413.