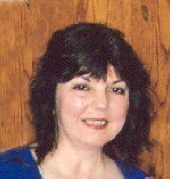 Alvera DellaRocco Klos, 63, of Hamden, entered into a peaceful eternal rest at her home on Saturday, January 7, 2012. She was born on December 9, 1948 in New Haven, a daughter of Isabella Ardito DellaRocco of Hamden & the late Alphonse DellaRocco. Alvera was the mother of Lucille (Karl) Sablitz of Hamden and Francis (Rachel) Klos of North Haven. Grandmother to Lawrence Velez Jr, Stephanie & Luke Sablitz, Francis Anthony, Aiden & Michael Klos. Sister of Lenore (Richard) Carlson, Salvatore (Valerie) DellaRocco & Lucille (Mike) Primicerio all of Hamden. Alvera also leaves several nieces & nephews; her first husband, Barry Sullivan & her second husband, Francis Klos. Alvera worked as an accountant at Del 's Auto Body in Hamden from 1971-1983 & was the author & illustrator of 'The Tiny Little Tow Truck' dedicated to her father. She also received a certificate of recognition from the Famous Artist School in 1972. Mom (Noni) you were an angel who walked among us. The greatest blessing God had ever given. No words could ever express the sorrow we feel. You will forever be in our hearts, we will never forget you. You were our most darling mother, grandmother, daughter, sister, & aunt. You were our truest friend. Mom - You are my sunshine, my only sunshine. Her funeral procession will leave BEECHER & BENNETT, 2300 Whitney Ave , Hamden , on Wednesday, January 11th at 9:15 a.m. A Mass of Christian Burial will be Celebrated in Our Lady of Mount Carmel Church at 10:00 a.m. followed by interment in St. Mary's Cemetery. Friends may also visit with her family on Tuesday evening from 4 to 8:00 p.m. at the funeral home.