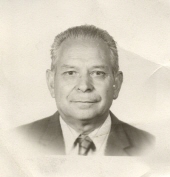 Andrew Vena, 97, of Hamden, formerly of Norwalk, passed away on March 3, 2009 at the hospital of Saint Raphael. He was the husband of sixty-eight years to Maria Antonia Gentile Vena. Born in Jelsi (Campobasso), Italy on February 7, 1912 to the late Michael and Maria Padulo Vena. He moved with his family to the U.S. more than fifty years ago. Andrew had been a member of the Carpenters and Millwrights Brotherhood Union of America and Saint Ann Club. Besides his beloved wife, Andrew is survived by his son Dr. Michael Vena and his wife Anna of Hamden and granddaughters Marie and Phyllis Vena and Sonia Caponera. He is predeceased by his brother Dominick Veno of Norwalk and sister Grace Mucciaccio of Buenos Aires. Funeral service from BEECHER & BENNETT, 2300 Whitney Ave., Hamden on Sat. March 7 at 10 a.m. followed by a Mass of Christian Burial in the Ascension Church, 1040 Dunbar Hill Rd., Hamden at 10:30. Friends may visit with the family earlier in the morning at the funeral home from 8 to 10 a.m. In lieu of flowers memorial donations in Andrew's memory may be sent to the American Cancer Society, 538 Preston Ave., Meriden, CT 06450.