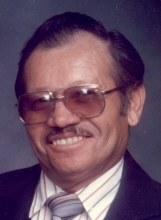 MERIDEN - Angel Luis Perez Maldonado, 73, of 53 Main St., South Meriden, died Tuesday, Oct. 4, 2005 at Meriden Center. He was the husband of the late Bernice P. Walker Maldonado. Born in Utuado, Puerto Rico on Feb. 27, 1932, he was the son of the late Pablo and Isabel Perez. He had lived in New Haven from 1961 to 1972 before moving to Meriden and had been employed as a construction worker for T & M Builders. He is survived by three sons, Angel Perez of California, Pablo Perez of New London and Conrad Walker and his wife, Michelle of Meriden; a brother, Nicholas Perez of Puerto Rico; a sister, Carmen Perez Cruz of Utado, P.R.; two sisters-in-law, Edna Walker of Philadelphia and Ethel Cables of Hamden; a brother-in-law, Gilbert Cables of Hamden; his fiancee, Sharon McNamara of Meriden; and several nieces, nephews and friends. He was predeceased by a sister, Concepcion Perez. The funeral will be held at 11 a.m. Tuesday, Oct. 11th at the Beecher and Bennett Flatow Funeral Home, 48 Cook Ave., Meriden. Burial will be in Centerville Cemetery in Hamden. Relatives and friends may call at the funeral home Tuesday from 9 to 11 a.m. prior to the service. If desired, contributions in Mr. Maldonado's memory may be made to the Hospice Unit at Meriden Center, 845 Paddock Ave., Meriden, CT 06450.