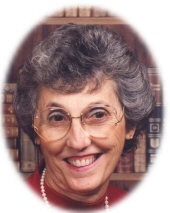 MERIDEN - Angela P. Tomassetti, 79, died Wednesday, Feb. 13, 2008 at MidState Medical Center. She was the wife for 57 years of Albert Tomassetti. Born in Meriden on Sept. 5, 1928, she was the daughter of the late Arthur and Celia Valeri Polvani. She was a graduate of Meriden High School and had been employed at Ferrigno Insurance & Travel for 30 years. She enjoyed vacationing with family and friends. Besides her husband, she is survived by two sons and their wives, Richard Allen and Catherine Tomassetti of Deep River and Lee Robert and Claudia Tomassetti of Westbrook; one grandson, Taylor Tomassetti; a brother Arthur Polvani and his wife, Prysilla of Meriden; two brothers-in-law, Vincent Mario Tomassetti and his wife, Irene of Meriden and Edmond Tomassetti and his wife, Carol of Torrington and several nieces and nephews. She was predeceased by a brother, Dorin Polvani and his wife, Evelyn; a nephew, David Polvani; and a sister-in-law, Valia Tweedie and her husband, Robert. A memorial service will be held Saturday, Feb. 23, 2008, at 11 a.m. at the Beecher & Bennett-Flatow Funeral Home, 48 Cook Ave., Meriden. Relatives and friends may call at the funeral home from 10 a.m to 12 noon. If desired, contributions in Angela'a memory may be made to the American Cancer Society, 538 Preston Avenue, P.O. Box 1004, Meriden, CT 06450.