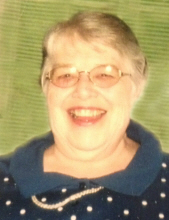 Ann Margaret Behler, 78, wife of the late Robert J. Behler, passed away on March 15, 2014 at Masonic Healthcare Center. She was born in Manchester, NH on January 26, 1936 to the late Morton and Anna Wehinger Lord. Ann grew up in New Hampshire before settling in Bethany with her husband to raise their family. The Masonic Home in Wallingford became their home after retirement. Ann was a Registered Nurse having gone to school at Elliot Hospital School of Nursing in New Hampshire before working at Yale New Haven Hospital in Obstetrics. She was a member of Eastern Star- Alice Chapter #76 was a Past Matron and Chapter Secretary for 18 years in Hamden. She was also Mother Advisor for Cheshire Assembly #43, Intl. Order of Rainbow for Girls. Ann was a volunteer for many years at the Masonic Home and cherished time spent with her family. Ann is survived by her three daughters, Deborah Sidorick and her husband Nicholas of Wolcott, Susan Pelletier of Cheshire, and Cynthia Cavallaro and her husband Joseph III of Cheshire; one son, Robert Behler and his wife Judy of Hamden; ten grandchildren; three great-grandchildren; brother, Donald M. Lord of FL, and several nieces and nephews. Friends are invited to join Ann's family for a Graveside Service on Thursday, March 20th at 11:00 a.m. in Cheshire Hillside Cemetery, 166 Wallingford Rd., Cheshire. There will be no calling hours. A Memorial Service will be held in June at the Masonic Home, date to be determined. BEECHER & BENNETT- FLATOW FUNERAL HOME, 48 Cook Ave, Meriden in care of arrangements. Memorial Contributions in memory of Ann may be sent to The Quality of Life Fund, Masonic Charity Foundation, P.O. Box 70, Wallingford, CT 06492 or www.firstgiving.com/masonicare or the Eastern Star Charity Foundation, c/0 Grand Chapter Office, P.O. Box 143, Plymouth, CT 06782.