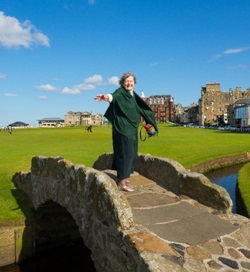 Anna Marion Norton was born in New Haven, Connecticut, on August 29, 1928, the daughter of Hubert Chedsey Norton and Viola Berg Norton.  She grew up in North Guilford and Guilford, Connecticut, attended local schools and graduated second in her class from Guilford High School in 1946.  She attended Skidmore College and received a BA from the University of Connecticut in 1950.

Anna was a member of Trinity Church on the Green in New Haven, CT, and was an active member of the Trinity Players, participating in many productions.  The most recent of these were performed via Zoom due to the pandemic, but for many years she appeared in sermon dramas, dramatic readings, and dinner performances at the church, including a popular annual performance of Dylan Thomas’ “A Child’s Christmas in Wales.”  She was also a member of the Altar Guild and Monday Evening House Church.

From 1960 to 1980 she and her husband, Richard B. Foster (d. 2008) and family resided in Norwich, New York. As the wife of a physician, she was active in the overseeing of his practice as well as serving as president of the Chenango Memorial Hospital Auxiliary.  She was involved in the concert series, Emmanuel Episcopal Church, the Monday Evening Musical Club, and was active in community theater in both Norwich and Sherburne, NY.  She also was a member of the troupe of the first Colgate Summer Theater, and of a New York State Council on the Arts Summer Theater at Alexandria Bay, NY.

Anna was a lifelong lover of music and the arts. She was also an enthusiastic sportswoman, playing golf at least once a week in season, and attending various grandchildren’s activities whenever possible.  Her post-children careers, all in New Haven, included health care, counseling, real estate, teaching, and tutoring. 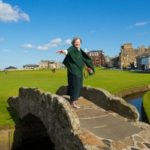