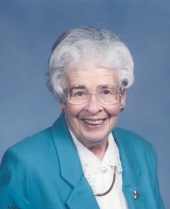 Anne Linnea (Carlson) Ahlberg, 95, beloved wife of the late Roy E. Ahlberg, died on Tuesday, (January 8, 2007) peacefully at her home in Hamden. Anne was born in New Haven on April 14, 1911, a daughter of the late Klas Idolf and Annie (Carlson) Carlson. She graduated from Pratt Institute as a dietician and worked at the Hamden Hall Country Day School. She was a lifelong member of the Bethesda Lutheran Church where she was married in 1936. She was an active church member in the women's group where she loved helping with the church fairs. She was also a member of the Swedish League. Anne was a great cook and enjoyed sewing, crafts, quilting and gardening. During her life she also lived in Cheshire and her beloved home at the beach in Branford. She is survived by her loving niece, Linda and husband Bill Dunsing of Southington, 2 nephews, Reverend Ralph Ahlberg and wife, Beverly of East Hampton and Ronald Ahlberg of Panacea, FL. She is also survived by a sister-in-law, Mabel Ahlberg of New Britain and 2 cousins, Jean Dommer and husband Bill of Coconut Creek, FL and Kerstin Nilsson of Sweden. She was predeceased by a sister, Ruth Sunblade and a brother, Carl Carlson. Anne was a very loving and kind person who will be deeply missed by her family and all of her many friends. The family would like to thank those people involved in the care of Anne. A memorial service will be held at the Bethesda Lutheran Church, 305 St. Ronan St., New Haven, on Monday, January 15 at 11:00 a.m. Interment in East Lawn Cemetery, East Haven. Arrangements under the direction of BEECHER & BENNETT, 2300 Whitney Ave., Hamden. Memorial donations may be made to the Bethesda Lutheran Church.