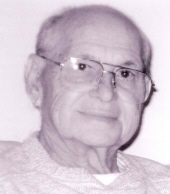 Anthony E. Fusco, Sr, age 85, of 41 Jones Hill Rd, West Haven, passed away on June 13, 2010. Born in New Haven on March 18, 1925, he was the husband of the late Justina (Napoletano) Fusco. He was predeceased by his parents, Antonio and Josephine (Onofrio) Fusco and siblings Antim 'Jack' Fusco, Edward John Fusco, Louis Richard Fusco, Tomasino Palange and Florence Monaco. Tony is survived by one sister, Rosemarie Coelho, his daughter, Dorothy & her husband Edwin Dillman, his son Anthony E. & his wife Patricia White Fusco, Jr, all of West Haven, his grandchildren, Kimberly (Sean) McCreven, Steven (Jade Buda) Dillman, Emily (Stephen) Kelsey and Cynthia (Sean) Duerden and 10 great grandchildren. Tony served in World War II in the US Navy on LST 226 where he saw action in the Pacific Theater. He was a baker and cake decorator, retired from Lucibello's Italian Bakery. He also worked for Wolfe's Bakery in West Haven. Tony was a multi-media artist and a member of the Brush and Palette Club and the John Slade Ely House in New Haven. Over the years he won awards for oil painting, pen and ink and sculpture. He played the piano, accordion and keyboard. Tony loved and was loved by his children, grandchildren, nieces & nephews whom he often entertained and taught to draw and color in his 'Art Room'. He was a lover of cinema & movies & Hollywood trivia. He enjoyed attending reunions with his Navy shipmates, trips to Atlantic City & horse racing. His funeral will leave from BEECHER & BENNETT - TAYLOR FUNERAL HOME, 410 Campbell Ave. West Haven on Wednesday June 16th at 10:30 am, followed by a Mass of Christian Burial at 11:00 am in Our Lady of Victory Church. Friends may also visit with his family at the funeral home on Tuesday from 4 to 8 PM. Interment with Military Honors will take place in St. Lawrence Cemetery. In lieu of flowers contributions in his memory may be made to Conn. Hospice Inc- 100 Double Beach Rd, Branford, CT 06405.