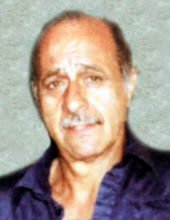 MERIDEN-Anthony Francis Cirillo, 95, affectionately known as TC, passed away at Westfield Care & Rehab in Meriden on March 28, 2018. Born October 25, 1922, he was the oldest son of the late Frank Anthony Cirillo, Sr. & Anna Irene Kuhta Cirillo. He was the husband of the late Angeline Marie Geremia Cirillo. TC is survived by his sister, Marie Macchietto; brother, Frank Cirillo, Jr.; and sister-in-law, Lani Kamano Cirillo. He was uncle to Kimiko as well as Marie’s three daughters; and cousin of Robert Hancock of Yalesville, Cindi Pelletier of Plantsville, and Madelyn, Violet, and Faith Mercuri, all of Meriden. Anthony is also survived by Theresa & Vinny Farina of California, and was an inspiration and mentor to Michael Polvani. TC was a long time member of the Directors Guild of America and as a Cinematographer he traveled the world, including North America, Europe, the Middle East and North Africa, where Egypt was his favorite destination. His talents were highlighted in his drawings, animation, cartoons, and creative commercials and films illustrating his life. Relatives and friends are invited to visit with TC’s family on Monday, April 2nd from 11:00 a.m. to 1:00 p.m. followed by a Celebration of Life at 1:00 in BEECHER & BENNETT-FLATOW FUNERAL HOME, 48 Cook Ave., Meriden. Burial will follow in Walnut Grove Cemetery. Memorial donations in TC’s name may be sent to the charity of your choice.