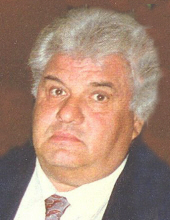 Anthony J. Biafore Jr., 75, of Meriden, passed away suddenly on September 20, 2018 at MidState Medical Center. He is survived by his loving wife of 30 years, Jacqueline Massey Biafore. Born in Meriden on October 7, 1942 to the late Anthony J. and Mildred Pugliese Biafore Sr. Anthony was a lifelong resident of Meriden who graduated from Platt High School before joining the US Army. Since 1972 he was self-employed as a general contractor and was very proud of owning his own business. Anthony was an avid sports fan and enjoyed watching the UCONN teams and NASCAR racing. In addition to his wife, he is survived by his sisters, Carol (Richard) Westfort and Barbara (Gordon) Milner, both of Meriden; nieces, Deborah (Tim) Timek, Susan (Scott) Ciastko; nephews, Donald Milner, Richard (Billie-Jo) Westfort, Jr., Jeffrey (Leah) Milner; great and great-great nieces and nephews, cousins, sisters-in-law, and brothers-in-law; a special aunt, Rose Thielman; along with many friends. Predeceased by his uncle Joseph 'Pete' Pugliese. Anthony leaves his beloved dog, Bonnie, and now joins his family and his many furry friends in heaven. At Anthony's request, private arrangements are in the care of BEECHER & BENNETT-FLATOW FUNERAL HOME, 48 Cook Ave, Meriden.