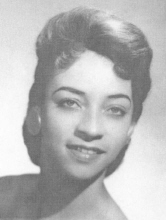 In New Haven, Sept. 23, 2007, Arabella "DeDee" Hawley Pina, 74, of New Haven. Mother of Cheryl Fleming of Forestville, MD, grandmother of Sasha Shreve, great-grandmother of Jamie Lynn and Andrew Shreve, sister of Mary Jane Ford of West Haven and cousin of Carol Pollard of New Haven. She was predeceased by a brother, Howard Hawley, Jr. A daughter of the late Howard and Arabella Costa Hawley, Arabella was born in New Haven on Oct. 9, 1932. She was the owner of the Edgewood Package Store in New Haven. She had been the organist at St. Martin DePorres Church, she was a member of the St. Peter Cleaver Ladies Organization, a member of the Decendents of the 29th CV Regiment and a member of Elks Lodge #87. A Mass of Christian Burial will be celebrated at St. Martin DePorres Church, New Haven on Friday, Sept. 28 at 10 a.m. Friends may call at church prior to the service from 9-10 a.m. In lieu of flowers, contributions can be made to The American Cancer Society, Meriden Executive Park, 538 Preston Ave., Meriden, CT 06450-1004. Arrangements under the direction of BEECHER & BENNETT-TAYLOR FUNERAL HOME, 410 CAMPBELL AVE., WEST HAVEN.