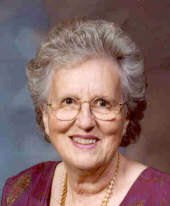 Long time Hamden resident, Arlene B. Schlosser, died in the security of the knowledge of her salvation in Jesus Christ, on Saturday, March 28, surrounded by her family in her home in Cheshire. Arlene was 76 years old and succumbed after a long struggle with Lewy-Body Dementia. She was the beloved wife of the late Edward R. Schlosser. After graduating from Hamden High School in 1950, Arlene worked for Southern New England Telephone until 1960. She later owned and operated Power Equipment and Service in Hamden with her husband until she sold the business in 1984. She subsequently worked for Frost Company, and then Masonic Home and Hospital, both in Wallingford , until her retirement. Arlene was a member of West Woods Bible Chapel and later Cheshire Bible Chapel. She is survived by her daughter Lynn Stewart, son-in-law Glenn Stewart and grandchildren George and Jenny Stewart of Ridley Park , PA ; and daughter Ann Belcher, son-in-law Phillip Belcher, and grandchildren Jacob, Hannah, and Micah Belcher of Cheshire. Arlene is also survived by her three sisters; Mabel MacDonald of Uncasville, Gladys Bulpitt of Norwalk and Caroline Hyman of Guilford . She is also survived by her beloved aunt and uncle, Clara and Clarence Eliason of Cheshire and nine nieces and nephews. Her Funeral Service will be held Saturday, April 4, 2009 at 11:00 in Beecher & Bennett Funeral Home, 2300 Whitney Ave., Hamden. Relatives and friends may also visit with her family one hour prior (10 to 11 AM) to the service. Internment will follow in Beaverdale Memorial Park in New Haven. In lieu of flowers donations in her memory may be made to: Cheshire Bible Chapel, P.O. Box 1050, Cheshire, CT 06410.