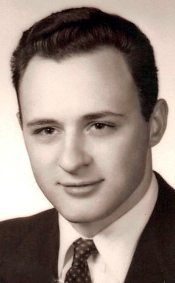 Arnold J. DeMaio, 87, of West Haven, loving husband of the late Gael (Riordan) DeMaio, passed away on July 6, 2022 at home surrounded by his family. He was born in New Haven on September 26, 1934, a son of the late John and Rena (Cerisoli) DeMaio. He is survived by his children; John G. DeMaio, Jeffrey A. DeMaio, Maura A. Hoffmann, Michael J. DeMaio, brother, Joseph DeMaio (Natalie), grandchildren; Ananda Hegedus (Jason), Gabriel DeMaio (Nisha), Jonathan DeMaio, Holly, Daniel, Maia Hoffmann, great-granddaughter Ramona Hegedus, and several nieces and nephews. After graduating from the University of Connecticut in 1957, Arnold began a devoted career in Insurance. In 1965 he established the Arnold J. DeMaio Insurance Agency, Inc., which he operated until his retirement in 1997. After retiring from his long and successful insurance career, Arnold went on to pursue his hobbies and athletic activities. He was an avid and talented woodworker, building large castle-style dollhouses for his grandchildren and great-granddaughter. Arnold was very active in the community, serving as President of the High Lane Club, Spring Glen PTA, both the Hamden and New Haven Insurance Agents Association, and Dartmouth Place Condo Association in Quechee, VT. In 1983 he served as Commissioner of the Hamden Fair Housing Commission, and was the Hamden Fire Commissioner in 1984. In his free time he loved gardening, cooking, travel and photography, as well as tennis and golf. In his later years he was a devoted caregiver to his beloved wife Gael until her passing in 2019.

Friends are invited to visit with Arnold’s family on Tuesday July 12th from 4:00-7:30 p.m. at BEECHER & BENNETT, 2300 Whitney Ave. Hamden. A service celebrating his life will be held following the visitation at 7:30 p.m. Burial will be private. Memorial contributions in his name may be made to the CT Food Bank, 2 Research Parkway, Wallingford, CT 06492. 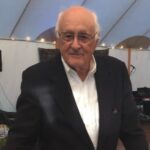 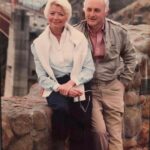 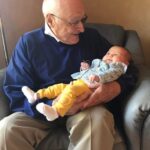