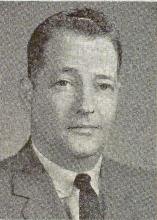 Arnold William Freed of Cheshire, beloved husband of Elizabeth Collins Freed, died suddenly on July 31, 2010 at his home. He was born in New Haven, CT on July 28, 1924, the son of the late Mabel and Jack Freed. He graduated from Hillhouse High School in New Haven and attended Whitney Art School in New Haven and New Haven College. He served in the U.S. Coast Guard in World War II. On his return, he worked at the W.T Grant Co. as a management trainee and moved on to Assistant Purchasing Manager at Safety Electrical Equipment Corp. While at Safety Electrical, he was Chairman of the Business-Industry-Education Day Program for 5 years and also Chairman of their United Fund Drive. He went on to the Yale University Purchasing Department from which he retired in 1986 after 20 years. He then became a consultant and Purchasing Manager at Science Park Development Corp. and retired in 1990. At this point in his life, he decided to go into volunteer work and worked at Brother Deny's Soup Kitchen for Children and also Rachel's Table. He was a long time member and a past Director of the Connecticut Purchasing Agents Association and held the designation of Certified Purchasing Manager. He is survived by his wife of 64 years Elizabeth, his sister Florence Frohman of Hamden, his nieces Mindy (Marvin) Sohcot of Hamden, Hinda (Andrew) Piscitelle of Hamden, Marilyn Meyers of Coral Springs, Florida, his nephews Barry (Gayle) Davis of Tucson, Arizona and Michael (Lorraine) Davis of River Falls, Wisconsin and several grand nieces and nephews. He was predeceased by his sister Regina (Richard) Pickus of Hamden, his brother-in-law Sidney Frohman and his niece Donna (Robert) Weiser of Anchorage, Alaska. Arnold's hobbies were wood working and sketching at which he was very talented. Funeral Service will be Tuesday, August 3, 2010 at 11 AM at BEECHER & BENNETT, 2300 WHITNEY AVE., HAMDEN. Friends may visit with the family prior to the service from 10 to 11 AM. Burial will be private. In lieu of flowers, please make contributions in his memory to the American Heart Association, 5 Brookside Drive, Wallingford, CT 06492.