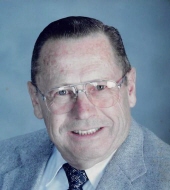 Arthur 'Bill' William Sorensen, Jr., 84, lifelong resident of Woodbridge, passed away on February 24, 2015. Born in New Haven on February 26, 1930 to the late Arthur W. and Florence Ennis Sorensen, Sr. Bill will be remembered by his wife of 64 years, Barbara Contois Sorensen; daughters, Linda Russell & her husband Lenny of Naugatuck and Sherry Whiles of Durham; grandchildren, Kristine Pirece, Travis, Scott, Heather & Kylie Whiles; great-grandchildren, Mackenzie & Cooper Pirece; siblings, Robert Sorensen of Woodbridge, Wilma Hunter of East Haddam, and Floyd Hunter of VT. Bill was predeceased by his son, William 'Billy' A. Sorensen and his brother, Richard Sorensen. Bill was the owner of Sorensen Transportation Company out of Bethany for 46 years until his retirement in 2006. He was president of MTAC and Eastside Cemetery Association, he belonged to ATA, was a Mason and belonged to the Elks Club in Westbrook. Bill had a passion for designing yachts and seeing them built. Spending time with his family and supporting his grandchildren in their numerous activities was his greatest love. Friends are invited to a Memorial Service on Saturday, February 28th at 11:00AM in the First Church of Christ, 5 Meetinghouse Lane, Woodbridge. Burial will be private. BEECHER & BENNETT, 2300 Whitney Ave., Hamden in care of arrangements. Contributions in Bill's memory may be sent to either the American Heart Association, P.O. Box 417005, Boston, MA 02241 (www.heart.org) or Connecticut Children's Medical Center, 282 Washington St., Hartford, CT 06106 (www.connecticutchildrens.org)