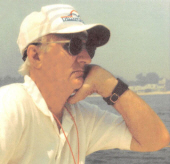 Arthur D. Boutillier, Jr., age 89, of Meriden, passed away peacefully at Masonic Hospice on July 3, 2017 after a courageous battle with cancer. He was born in Malden, MA on September 24, 1927 to the late Arthur and Ursula Snow Boutillier. He served in the US Navy during WWII and retired from CL&P after 37 years. Arthur was very active in the Meriden community, having served in the Somer Club, Civitan, ARENU, United Way, YMCA, and AARP just to name a few. He also served as an alderman for the City of Meriden. Arthur was an avid sailor who loved sailing his boat in Branford and enjoyed vacationing in Booth Bay Harbor, ME. Arthur is survived by his children, Diane Cooper and her husband David of SC, Patrice Boutillier-Smith and her husband Robert of FL, Richard Boutillier and his wife Donna of Berlin, and Jocelyn Knox of CO. He also leaves five grandchildren, one great-grandchild, and many nieces and nephews. He was predeceased by his wife, Helena Jourdan Boutillier; his sister, Joyce Bradley; and his brother, Robert Boutillier. A special thank-you to Diane Gagnon for her kindness, friendship and support. A private funeral service was held on July 6th at BEECHER & BENNETT-FLATOW FUNERAL HOME, 48 Cook Ave, Meriden followed by a burial in Sacred Heart Cemetery with Military Honors.