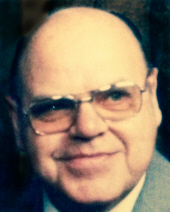 4/21/1926 -11/11/2013 Arthur L. Astorino passed away at Whitney Manor on Veteran's Day, 11/11/2013. He was born April 21, 1926 in Bayonne, NJ, son of the late Michael and Helen Hansen Astorino. He enlisted in and served in the United States Army during World War II, a member of the 75th Infantry Division, also known as the 'Bulge Busters'. During post-war rehabilitation, he volunteered to help the survivors of the Dachau concentration camp in Germany. He remained a dedicated veteran and cared deeply for the journeys of all in the U.S. Military, whether in active duty or veterans. After the war, he served on the police force of the Port Authority for New York and New Jersey. When he moved to Connecticut, he attended Southern Connecticut State College and University of Wisconsin at Madison where he studied mathematics. He was an Equipment Engineer with the Southern New England Telephone Company for 25 years and was Headquarters Vice President for Connecticut Union of Telephone Workers before his retirement in 1988. He leaves his loving wife of 63 years, Maria Ercolano Astorino; daughters, Susan Astorino and Helene Astorino Robbins; 5 grandchildren and 7 great grandchildren. He was predeceased by his son, Michael Arthur, his brother, Carl Harold and nephew, Richard Michael Astorino. Aside from his family, Arthur was an avid fan of the New York Yankees and UConn Women's Basketball and he loved to fish. He was a member of the Merchantville, NJ Surf Fishing Association and participated in numerous tournaments on the Outer Banks of North Carolina. The family wishes to thank the management and staff of Whitney Manor for their excellent nursing care, compassion and concern for Arthur and his family. Funeral from BEECHER & BENNETT FUNERAL HOME, 2300 Whitney Ave, Hamden on Wednesday, November 13, 2013 at 9:30 a.m. followed by a Mass of Christian Burial in Our Lady of Mount Carmel Church at 10:00 a.m. Entombment with Military Honors will take place in St. Lawrence Mausoleum, West Haven following Mass. Friends may visit with the family on Tuesday evening(Today) from 4:00 to 7:00 p.m. at the funeral home. Contributions in Arthur's memory may be sent to Disabled American Veterans, http://www.dav.org, P.O. Box 14301, Cincinnati, OH 45250-0301.