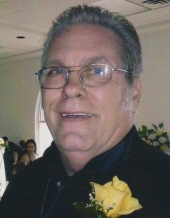 Arthur Olsen Buzzell, 66, of Hobson Ave, Hamden, beloved husband of Blanca Buzzell, passed away Sunday, July 15, 2012. He was born in Newport News, VA, February 22, 1946. He was a devoted husband, father, brother, and grandfather. He served our country in the United States Marine Corps. In addition, to his wife he is survived by his remaining seven children, Iris Gonzalez, Angie Gonzalez, Nicole Quinones, Joseph Gonzalez, Michael Gonzalez, Arthur T. Buzzell and Adam Buzzell as well as 22 grandchildren and 7 great grandchildren. He is also survived by his sister Gwen Malinowski and brother Frank Buzzell. He was a warm, loving, selfless man who could make anyone laugh. He had a quiet strength and was devoted to his family. Relatives and friends may visit with family on Thursday, July 19, 2012 at BEECHER & BENNETT, 2300 Whitney Ave, Hamden from 10:00am-12pm. Interment with military honors will follow in the State Veterans Cemetery, 317 Bow Lane, Middletown, CT.