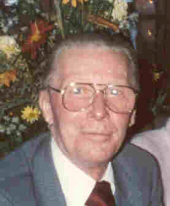 In San Francisco, CA, Dec. 19, 2005, Arthur T. Erickson, Jr., 79 of San Francisco formerly of West Haven, father of Richard Patrick of Australia and brother of Richard Erickson of West Haven and Robert Erickson of Hamden. Arthur was born in Hartford, CT, Feb. 8, 1926 a son of the late Arthur T. and Lillian Anderson Erickson. He served in the US Navy as a radio operator during WW II and the Korean War. He had been a resident of San Francisco for 50 years and had worked as a taxi driver for many years. Funeral arrangement are private and under the direction of BEECHER & BENNETT TAYLOR FUNERAL HOME, 410 Campbell Ave., West Haven. Contributions in Arthur's memory may be made to the Girls and Boys Town, 13940 Gutowski Rd., Boys Town, NE 68010-7535.