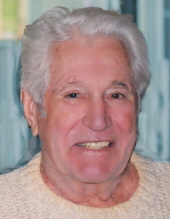 Arthur William Grieger, Jr., 82, of Woodbridge, passed away June 17, 2014 after a brief illness. He was born in New Haven on January 24, 1932; a son of the late Arthur William and Mabel Serviss Grieger, Sr., and had resided in Woodbridge for over 60 years. He proudly served in the US Marine Corps as a Sergeant from 1952-1954, and was employed as an iron worker with the Leek & Nelson Construction Co. for 38 years, retiring in 1992. He also was a member of the Iron Workers Union Local #424. Arthur enjoyed riding his Harley, antique cars, fine dining, and vacationing in Jamaica. He is survived by his devoted companion, Gwin Cook, his children, Kim (Tim) Kraus, of Oxford, Jody (Joe) Gumbrewicz, of Oxford, William R. (Wendy) Grieger, of Bethany, and 8 grandchildren, Cory, Joey, Bucky, & Rebecca Gumbrewicz, Madison & Evan Grieger, and William & Megan Polino. He was predeceased by his former wife, Jacqueline Moore Grieger, a daughter, Laurie Grieger, and a grandson, Cody Kraus. Relatives and friends are invited to attend a Graveside Service with Military Honors in Beaverdale Memorial Park, Sec. D on Friday, June 20, 2014 at 10 AM. Arrangements in care of BEECHER & BENNETT, 2300 WHITNEY AVE. HAMDEN. Contributions in his memory may be sent to the Alzheimers Association, 2075 Silas Deane Highway, Suite 100, Rocky Hill, CT 06067.