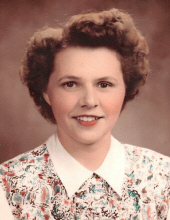 Astrid C. ('Queenie') Endriss, 93, of Hamden, passed away at CT Hospice on August 15, 2015. She was born in Sweden on June 11, 1922 to the late Valfred and Hanna Nilsson Person. Wife of the late John E. Endriss, Jr. Astrid is survived by her daughter, Ellen Endriss of Hamden, her sister-in-law, Jessie Person, her niece Margay, and her nephew David. She spent her career as a nurse in different capacities but most enjoyed her time in the emergency room at the Hospital of St. Raphael's. A Memorial Service will be held at BEECHER & BENNETT, 2300 Whitney Ave., Hamden on Wednesday, August 19th at 11 a.m. followed by a burial in Beaverdale Memorial Park. Friends may visit with her family at the funeral home from 10 a.m. until time of service. Contributions in Astrid's memory may be sent to Christ Lutheran Church, 600 Shepard Ave., Hamden, CT 06514.