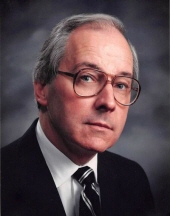 Attorney John Kelley McDevitt, 73, beloved husband of Joanne C. Trentini McDevitt of Killingworth Ct and Cape Cod Massachusetts passed away peacefully on February 6th after a valiant 3 and 1/2 year battle with pulmonary fibrosis. Attorney McDevitt was born March 31, 1941 in Malden Massachusetts to the late Mary Cecilia Kelley McDevitt and Dr. John W. McDevitt former Supreme Knight of the Knights of Columbus. He was educated in the Waltham Massachusetts school system and was a graduate of The College of the Holy Cross in Worcester class of 1962 and Boston College law school class of 1965. He first practiced law in Massachusetts with the firm of Carey, Fanikas and McDevitt in Revere Massachusetts and also worked as an assistant city solicitor for that town as well as working for the city of Boston. He later came to New Haven CT and was an attorney for the Supreme office of the Knights of Columbus for over 30 years. He was a past member of the New Haven County Bar Association and held active licenses to practice law in both Massachusetts and Connecticut until his death. John loved trout fishing, Italy and time spent at his home on Cape Cod. He delighted in the smallest of things, like his hummingbird feeders, loved his wife's cooking, and liked to tell stories to a receptive audience. In addition to his wife of 27+ years, Joanne, he is survived by 4 children, 6 grandchildren, a step daughter and his godson Colin McNamara. He was predeceased by his brother W. Paul McDevitt. In accordance with John's wish, all services will be private. He disliked the post mortem so-called 'celebrations of life'. As he expressed many times, he celebrated life every day and did not want any public displays when he passed. At his core he was a humble man and grateful for all the blessings he received. 'There are men too gentle to live among the wolves'