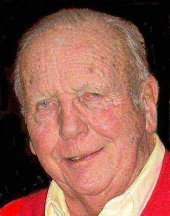 Attorney Thomas John Staley, 76, of Cheshire, beloved husband of Barbara (Coutts) Staley died Saturday, April 25 at MidState Medical Center after a short illness. Mr. Staley was born in New Haven, CT on January 5, 1933, a son of the late Charles A. Staley, Sr. and Anne Lonergan Staley and was pre-deceased by his brother Charles A. Staley, Jr. He was a member of the first graduating class of Notre Dame High School in West Haven CT and a graduate of Fairfield University and the University of Connecticut Law School. Mr. Staley and his wife resided in Cheshire for 52 years. He was a founding partner of Barberio, Staley and Pearson (formerly Barberio, Staley and Moquet) where he continued to work since 1965. He became a member of the State Board of Mediation and Arbitration in 1977, acting as the Deputy Chair from 2004 to the present. He was a Justice of the Peace, a member of the National Academy of Arbitrators, Employee Review Board, the Second Arbitration Panel and MERA Arbitration Panel. Active in town and state politics for years, he served the town of Cheshire from 1960 - 1975 as a member of the Board of Selectmen, the Town Council and of numerous boards and commissions. Mr. Staley was an avid golfer all his life and was a member of the New Haven Country Club. He served on the Board of Governors and was its President 1990 - 1991. He was a member of the Knights of St. Patrick, the Knights of Columbus and was very active in Alcoholics Anonymous. He was the loving father to Linda and Peter L'Ecuyer of Merrimack NH, Sharon and Terrence Richardson of Hopkinton MA, Beth Ann Staley of Unionville CT, Thomas J. (Chip) and Amy Staley of Hingham MA and Peter Staley of Denver CO. He was grandfather to Timothy L'Ecuyer, Aimee and Michael Piccolo, Eric L'Ecuyer, Michael Richardson, Katherine Richardson, Thomas J. Staley III and Andrew Staley and great-grandfather to Quinten, Isabella and Kaylee Piccolo. Mr. Staley was a devoted family man who was grateful for all he had. Friends and family relied on him to be a source of support, energy and good humor. Funeral from BEECHER & BENNETT FUNERAL HOME, 2300 Whitney Ave, Hamden on Thursday April 30, 2009 at 10 AM, followed by a Mass of Christian Burial at 11 AM in St. Bridget Church, Cheshire. Friends may also visit with his family at the funeral home on Wednesday from 5 to 8 PM. Interment will take place in Hillside Cemetery, Cheshire. In lieu of flowers the family asks that donations in his memory be made to the American Cancer Society, 538 Preston Ave. Meriden, CT 06450.