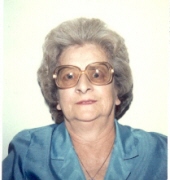 At her home, June 4, 2005, Audrey LaBanca Hansen, 85 of 997 Glen Cove Ave., Palm Bay, FL, wife of the late Theodore Hansen, mother of Helen Redmond of West Haven, Patricia Cameron of Palm Bay, FL, step-mother of Betty Jane Konopka of Wallingford, sister of Bertha Torto of East Haven and Anthony L. LaBanca of Kentucky. Also survived by 5 grandchildren and 8 great-grandchildren. She was predeceased by her first husband, Harold Cameron, a sister, Theresa Perez, a brother, James LaBanca, a grandson, James Redmond and her step-son, Roland Hansen. Audrey was born in New Haven, May 7, 1920 a daughter of the late Anthony and Bertha Gwinnell LaBanca and lived in West Haven, Westbrook and New Haven and was currently living with her daughter in Florida. Her 13 year career with the US Postal Service began as a clerk in the New Haven Post Office and worked her way up to be Postmaster of the Westbrook Post Office and retired in 1974. She was a volunteer with the Senior Citizens in Old Saybrook and was associated with the Children of Mary R. C. Organization. Funeral from BEECHER & BENNETT TAYLOR FUNERAL HOME, 410 Campbell Ave., West Haven, Sat., June 11 at 9 a.m. A Mass of Christian Burial will be Celebrated in St. Lawrence Church, West Haven at 9:30 a.m. Interment in All Saints Cemetery. Friends may call Friday from 4 - 8 p.m. Contributions may be made in her menory to the American Heart Association, 5 Brookside Dr., Wallingford, CT 06492.