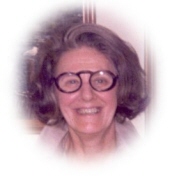 Audrey Voos Christoffersen Kasack, formerly of Hamden, New York and Branford, passed away October 26, 2007 in the Masonic Healthcare Center after a brief illness. Audrey was born in New Haven, Oct. 22, 1916, a daughter of the late Carl and Johanna Ploehn Voos and was wife of the late Eric H. Christoffersen and William R. Kasack. Sister of Jane Frankforter of North Haven and the late Eunice Voos Miller, Raymond P. Voos, Sr. and Carleton E. Voos. She was predeceased by her twin sister, Christine H. Voos at the age of 2. Sister-in- law of John Frankforter, Sr. and Claire Voos. She is also survived by many nieces, nephews, grand nieces and grand nephews. In New York, Audrey was associated with the Protestant Council of Churches as teacher, supervisor and Board Member, and later was employed at Fred Phipps, Inc. of Hamden & New Haven as a retail buyer. She then was manager and buyer at the former Carry-All Gift Shop in the Yale New Haven Hospital. She was a former member of Grace Episcopal Church of Hamden, and Trinity Episcopal Church of Branford. Audrey was loved by her family and all of her friends. A memorial service will be held Sunday, November 18, in the Trinity Episcopal Church of Branford at 1 p.m. BEECHER & BENNETT, 2300 WHITNEY AVE., Hamden in care of arrangements. Contributions in her memory may be sent to the Trinity Episcopal Church of Branford, 1109 Main St. Branford, CT 06405.