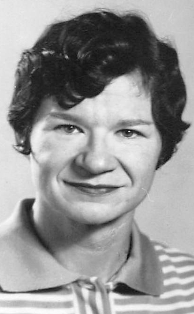 Barbara Ann Gillette, best known as “Barb,” passed away on March 19, 2022. Born of German and Huguenot descent on March 24, 1931, during the Great Depression, in the small university town of Ithaca, NY, she was the daughter of the late Paul and Anita Wolff Gillette. She is survived by her nephew, Gregg D. Gillette, LCDR and his wife Mary, nieces, Terri L. Gillette and Vicki Cushing, many great-nieces and nephews, a step-nephew and two step-nieces. Her brother, Paul Edwin Gillette, niece, Leslie LaBrie, and a step-niece preceded her in death.
Living through World War II fashioned a patriotic childhood for Barbara. Despite having had Rheumatic Fever and undergoing homeschooling in first grade, Barb enjoyed a physically active lifestyle starting at age 5 with her first pair of skis. She was educated through Ithaca Public Schools, and later attended Cornell University on a NYS Regents Scholarship, gaining a B.S. degree in Human Ecology in 1953 and a Masters in Nutritional Science in 1954. She was proud to be a third generation Cornellian. Her grandfather, Edwin Gillette, co-founded Cornell’s Delta Kappa Epsilon Fraternity chapter. Her mother and father were both Cornellians, as was her brother. Three of her uncles and one of her aunts also graduated from the university. Barb fondly recalled her one-of-a-kind experiences in college, including a round trip to Key West in the back of a truck with the Westminster Fellowship one winter break, and working a summer job as a dishwasher at Cooperstown.
She spent 1954-55 as an American Dietetic Association Hospital intern at the University of Michigan Hospital in Ann Arbor, and was privileged to receive a job at Yale-New Haven Hospital in 1955, working under Dr. Doris Johnson, PhD., highly respected Director of the Dietary Department. Barb taught nutrition and diet therapy to student nurses from three different programs, as well as the hospital patients. She became the first Research Dietitian to staff the then newly-opened metabolic research unit. She also worked briefly at Gaylord Hospital in Wallingford, and although she wasn’t sure why, she was included in the 1965 volume of “Outstanding Young Women of America.”
A career change in the mid-1960s introduced Barb to Yale’s medical research system. She worked with Internal Medicine’s Liver Study Unit until developing asthma, causing her to relocate to the Science Hills Department of Molecular Biophysics and Biochemistry, where she was an Associate-in-Research and later a Preparator for Undergraduate Biochemistry Labs. She took early retirement from Yale to handle family matters. Once resolved, she worked for two years at the New Haven City Public Library.
The declining health of her parents limited the scope of her adulthood travels, some of which included trips to European Music Festivals, a trans-Canadian trip by railway aboard the Domed Observation Car, Inside Passage to Alaska, and ground travel to Fairbanks, Yellowstone National Park, the Hawaiian Islands, Canadian Maritime provinces, and Spain and Portugal.
A lifestyle of walking assisted Barb in controlling her Polymyalgia Rheumatica, a form of arthritis, and also allowed her to engage in volunteer opportunities provided by the community, such as being a Saturday night dinner planner and cook at New Haven’s Halfway House, supporting the players in the Special Olympics, participating in the charity Walk for Multiple Sclerosis, prepping meals and baking cookies at the Columbus House, walking the trail at East Rock Park and cleaning up litter, selling handmade beaded earrings for the Celebration of American Crafts on Audubon Street, assisting with the Church of the Redeemer’s fundraisers for disaster relief, singing during the summertime at venues such as the Battell Chapel, the Norman Rockwell Museum, and the Hancock Shaker Village, and attending annual memorial services at Connecticut Hospice.
Barb’s many recreational activities were shaped by her love of both visual and performing arts and the outdoors. She was known as a regular attendee and promoter of Yale events, especially student concerts. Utilizing the Audubon Arts District, she was a metal sculpture/welding student at the Creative Arts Workshop and took alto recorder lessons at the Neighborhood Music School. Organ lessons from many years earlier led to her association with the original Church of the Redeemer Oratorio Choir and Senior Choir. She sang in various choral groups, i.e. The Berkshire Choral Festival, Marquand Chapel Choir, and the Yale Divinity School’s “Sacramental Winers.” She was also a member of the New Haven Bird Club. Barb was an active letter writer, passionate on local issues such as park littering. She wrote humerous verse; and also composed and arranged short sacred choral responses.
Playing tennis was an integral part of her life during the Boom Years of American tennis. A member of the West Rock Tennis Club and devotee of standard wood racquets, she received coaching in Welby Van Horn’s summer program at Choate School in Wallingford, and also in Pinehurst, NC. More recently, Barb replaced tennis with birdwatching and wildflower/nature photography, amassing over 14,000 color prints, taken while hiking the varied elevations of East Rock Park and meeting fellow local enthusiasts.
A Memorial Service celebrating Barb’s life will be held on Tuesday, April 5th at 11:00 a.m in Beecher & Bennett Funeral Home, 2300 Whitney Avenue, Hamden.