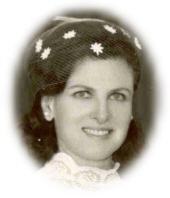 Barbara Ann Jones Logiadis, 76 died Tuesday, December 20th of complications associated with cancer and Alzheimer's disease. Barbara was born in Boston, Massachusetts in 1929 and lived her childhood years in Boothbay Harbor, Maine. She spent her college years split between Mount Holyoke and Hunter College where she eventually earned her B.S. in nursing. She went on to work in the field of medical advertising where she earned many accolades for her imaginative advertisements. She was an avid reader, scrabble player and opera enthusiast. She and her husband, Minas spent their retirement years shuttling between their home in Iraklion, Greece and the U.S. In addition to the above she was and inventor, part time artist and wonderful mother. She will be greatly missed by all who knew her. She is survived by her husband, Minas Logiadis, her son, Dr. Emmanuel B. Logiadis, grandson, Alexander Logiadis, her sister, Elizabeth Matheson. The services will be private and held in Connecticut. In lieu of flowers donations can be made in her name to the Alzheimer's Association, 225 N. Michigan Ave., Fl. 17, Chicago, IL 60601.