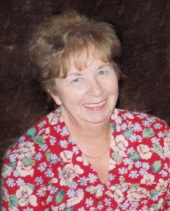 Barbara C. Crowley, 80, wife of the late Walter R. Crowley, passed away on Friday, August 8, 2014 at CT Hospice in Branford. She was born October 4, 1933 in New Haven, a daughter of the late Alfred 'Earl' and Frances (Deihl) Carlette. She was a lifelong member of Trinity Episcopal Church on the Green in New Haven, and was an executive secretary to the president of Winchester Arms., and went on the work for Olin Corp. and Ramset. Barbara loved traveling with her husband and spending time with her family, grandchildren, and friends, and will be deeply missed. Barbara is survived by a son, David Rhone, and his wife Joan of Hamden, three grandchildren; Christopher (Katie) Rhone, Kerry Rhone and Daniel Rhone, a great-grandson; Kellen Rhone, and a brother; Stephen (Doreen) Carlette of Chatham, MA, as well as many other cherished nieces and nephews. She was predeceased by three sisters and their husbands; Dorothy (Harold) Silver, Lenore (George) Griffith and Marion (John) Kostok. A funeral service will be held on Tuesday, August 12, 2014 at 9 AM at BEECHER & BENNETT FUNERAL HOME, 2300 Whitney Ave., Hamden followed by a funeral service at 10 AM at Trinity Episcopal Church on the Green, 129 Church St., New Haven. Burial will follow at Centerville Cemetery in Hamden. Relatives and friends may call at the funeral home on Monday, August 11 from 5-8 PM. In lieu of flowers, donations in Barbara's memory may be made to CT Hospice or to the Leukemia & Lymphoma Society, 1311 Mamaronek Ave., Suite 310, White Plains, NY 10605.