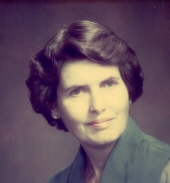 Barbara Dewey Olson Barbara Dewey Olson, 83, formerly of River Rd., North Haven and beloved wife of the late Lowell E. Olson, M.D., died Monday, July 13, 2009, after a brief illness. Born in Buffalo, New York on January 14, 1926, she was the daughter of the late Charles Dewey and Jane Drake Dewey. She was a graduate of the Yale School of Fine Arts. Barbara married Lowell on December 28, 1952 and she remained a devoted and adoring wife even after Lowell's death, fifty-two years later. Barbara was a homemaker and tireless volunteer. Together, she and Lowell successfully raised two daughters, Kristi and Kari, and provided a home that was filled with encouragement, love and humor. Barbara spent most of her life sharing her artistic talents with others. A long-time member of New Haven's Brush and Palette club, she loved to create award-winning watercolor and oil paintings and portraits that now adorn the walls of her children's homes. For several years, Barbara voluntarily taught watercolor painting at Ridge Road Elementary School. In addition to painting, Barbara endeavored to make all things beautiful. From crafting flower arrangements into a piece of fine art for the Spring Glen Garden Club, to creating gourmet meals with the Yale University Women's Organization Gourmet Club, Barbara insisted that the dinner plate should be a work of art in itself. Barbara's avocation was as a breeder and trainer of Shetland Sheepdogs. She and Lowell traveled to dog shows all over New England, Canada and Bermuda, where she won championship titles with her Shelties in both breed and obedience classes. She is a member emeritus of the Western Massachusetts Shetland Sheepdog Club and for many years was the editor of its monthly newsletter, 'Newspeak,' which provided yet another venue for her to create artwork through caricatures and sketches. After decades of volunteer work at Yale New Haven Hospital, she raised and trained certified therapy dogs who, later in her life, accompanied her on her volunteer visits to ailing hospital patients. Since Lowell's death in 2004, Barbara and her Sheltie 'Squire,' resided with her daughter, Kari, in Ashford, CT. Barbara and Lowell soon will be reunited by burial in the historic Grove Street Cemetery, located in New Haven, CT. Barbara is survived by her two daughters, Kristi Preneta and her husband, Robert Preneta, of Storrs, CT, Kari Olson of Ashford, CT and their dear friend, Michael Tulman. She was the beloved grandmother of Heather and David Varle, Lauren, Nicolas, Tyler and Joshua Marciano and great-grandmother of Ryan Schub and Ava Lyons. She was predeceased by a sister, Drucilla Dewey Roese and a brother, Russell Dewey. She will be greatly missed by her family and friends. A memorial service will be held at the Church of the Redeemer, Whitney Ave. at Cold Spring St., New Haven, on Tuesday, July 21 at 11:00 A.M. Arrangements with BEECHER & BENNETT, 2300 Whitney Ave., Hamden. Memorial contributions may be sent to Yale University, Class of 1954 Memorial Scholarship Fund, Office of Development, Yale University School of Medicine, P.O. Box 2038, New Haven, CT 06521-2038.