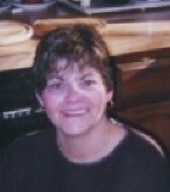 Barbara E. Sarris, 61, of Hamden, passed away on September 10, 2012 at her home. Born in New Haven on August 17, 1951 to the late John and Sophiea Marcopoulos Sarris. Barbara is survived by her two sons, James Sarris of Hamden and Arin Sarris of Hartford and her brother, William Sarris and his wife Lisa of Hamden. She earned her bachelor's degree from Roosevelt University in Chicago. Barbara was a retiree of Allstate Insurance Company, Northbrook, IL where she was a Corporate Human Resource Recruiter. Her most recent employment was at the Quinnipiac University Polling Institute, Hamden. Barbara had a lifelong love and compassion for animals especially golden retrievers and was known for her rescue of animals. Private arrangements are in the care of BEECHER & BENNETT, 2300 Whitney Ave, Hamden. Memorial contributions may be made to the Milford Animal Control, 664 East Broadway, Milford, CT 06460.