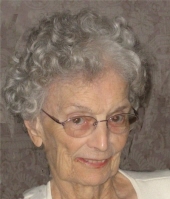 Meriden – Barbara Fairchild, 84, of Meriden , died Tuesday, February 9, 2010 at the Connecticut Baptist Home. She was the daughter of the late Roy and Jane Fairchild. Barbara was an active member in the Meriden business community. She retired from Central Bank for Savings in Meriden and was recently honored as Volunteer of the Year for Midstate Medical Center . Barbara had a lifelong passion for classical music and the opera. She is survived by her sister Mrs. Mildred Skinner from West Hartford, CT, two nieces Mrs. Barbara (Ron) Bourne of Seabrook, SC, Miss Jayne Skinner of West Hartford, CT and nephew Mr. Jeffrey (Jan) Skinner from Cypress, TX. Barbara also left behind a few close personal friends. Mrs. Janice Clarke, Anthony Barresi and Edward Robinson all of Meriden , CT. The family will announce plans for a memorial in the future. The Beecher & Bennett-Flatow Funeral Home 48 Cook Ave., Meriden is in charge of the arrangements.