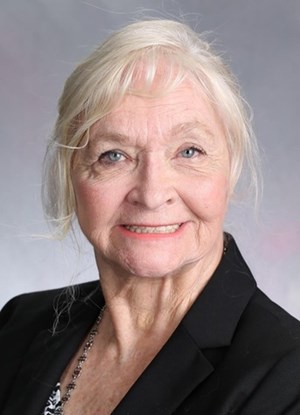 Barbara J. (Galleher) Tonry, of Hamden, CT passed away on July 12, 2021. Born in Dallas Texas on November 8, 1936 she was a daughter of the late John C. & Annabelle (Nance) Galleher. Widow of Donald Tonry she is survived by her sisters Beverly Smith and Brenda Carter both of Texas. Barbara had coached the Yale women’s gymnastics team since its inception in 1973 and made it one of the most successful teams in the history of Yale athletics. Tonry’s teams captured 16 Ivy Classic championships since the first league meet in 1977. In 2017, she led the Bulldogs to their first-ever Eastern College Athletic Conference Championship title, winning the ECAC Coach of the Year Award in the process. In 2018, she led the Bulldogs to back-to-back ECAC titles as well as her 15th Ivy Classic Title. She was named USAG Collegiate National Head Coach of the Year. Under Tonry’s leadership in 2019, the Yale gymnastics team took home its 16th Ivy Classic team title, earning the team’s second consecutive Ivy crown. Additionally, the team made 39 additions to Yale’s top 10 lists. The 1987 NCAA Eastern Region’s co-Coach of the Year, Tonry has one of the finest athletic backgrounds of any coach. She is a member of the U.S. Gymnastics Federation Hall of Fame, the National Tumbling and Trampoline Hall of Fame, and the Texas Hall of Fame. Her all-around gymnastics talents won her a spot on the 1964 U.S. Olympic training squad. She was AAU National Women’s Tumbling champion nine times and also won the first AAU National Women’s Trampoline championship giving her 10 All-American honors. Tonry served on numerous gymnastics committees, including the National Association for Intercollegiate Gymnastics and the U.S. Gymnastics Federation Hall of Fame Selection Committee. Her resume also included a Texas mixed doubles tennis championship and a Texas AAU 3-meter diving title. In addition, she was twice named a finalist (1954, 1958) for the prestigious Sullivan Award, presented each year to the nation’s top amateur athlete. In 1994, Tonry was presented with the Texas Heritage Award. She and her late husband, Don, a former Olympian and NCAA champion gymnast, wrote the Sports illustrated Guide to Gymnastics. She is a 1961 graduate of North Texas and holds a masters degree from Southern Connecticut.
Interment will be held privately at this time. A celebration of her Life will be held at a later time at Yale University. Arrangements are in care of Beecher & Bennett Funeral Home, Hamden, CT