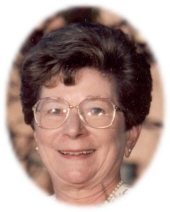 In Hamden, Sunday, March 9, 2008, Barbara 'Bart' Jean Masciantonio, 72, of Centerbrook Rd., Hamden. Widow of the late Louis Masciantonio, Jr., Bart is survived by her daughter Gail and her husband Jared Welsh, II of Hopkinton, MA, a son Daniel and wife Lisa Masciantonio of Upton, MA, three grandchildren, Hannah, Emily and Patrick Welsh and several nieces and nephews including Susan Paier, Ellen Richmond and Judi Dallman. In addition to her husband, she was predeceased by a son David L. Masciantonio and sister Carol Paier. A daughter of the late William R. Shields and Gertrude McKay Shields Sulkowski, Bart was born in New Haven on May 20, 1935. She was a 1953 graduate of St. Mary's High School and a 1956 graduate of The Hospital of St. Raphael's School of Nursing where she was active in both alumni associations. She was a registered nurse, and the nursing supervisor at the Hospital of St. Raphael before her retirement. Bart lived in Hamden all of her life and was an avid traveler, reader and gardener. Funeral from BEECHER & BENNETT, 2300 WHITNEY AVE., HAMDEN, Wednesday, March 12 at 9 a.m. Mass of Christian Burial will be celebrated in St. John the Baptist Church, New Haven, at 10 a.m. Friends may visit with the family Tuesday from 5-8 p.m. at the funeral home. Interment will take place in St. Mary Cemetery, Hamden. Contributions in Bart's name may be made payable to The David Masciantonio Memorial Scholarship Fund and sent to Daniel Masciantonio, 26 Fiske Ave., Upton, MA 01568.